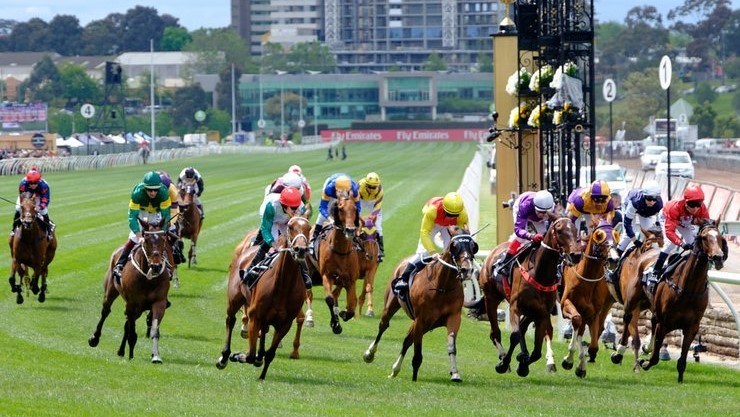 Whether you’re based in Melbourne or anywhere else in Australia, the excitement is always palpable around Melbourne Cup race time. Every year, Australians come together to celebrate the most popular horse race on the calendar, the Melbourne Cup – and while it’s a public holiday in Victoria, it’s the race that stops the nation as people all around the country make a day of it. Here are all the details you need to know.

When does the Melbourne Cup race start?

The Melbourne Cup itself was started back in 1861, and is held on the first Tuesday in November each year. **In 2022, this will be on the 1st of November. **(Fun fact: the Cup has always been run on the first Tuesday in November since 1875, but from 1861 to 1875 it was held on a Thursday. To fit in at the best time with the rest of the four-day Spring Carnival, the Cup was moved to Tuesdays).

There are 10 races on the day, with the Melbourne Cup race start time at 3pm. Up until 2005 it was run just after 3pm local time, but it’s since been brought forward to 3pm on the dot.

Even for people who don’t regularly bet, taking a punt is a popular activity on Melbourne Cup Day, with hundreds of millions of dollars being wagered on the one race each year. Place your bets through a bookmaker online or in person – or setting up sweeps at your office or a Melbourne Cup function is just as much fun.

It can be a tough winner to pick: whether you do your research and take into account factors such as the horse’s previous wins, weight, the track condition, and jockey skill; you’re allocated a horse in the office sweepstake; or you simply take a punt on one because you like the sound of the name – no one knows for sure, so the aim of the day is to have fun with a bit of a thrill along the way.

As always, the headline event is the Melbourne Cup race itself, however, there are actually ten races scheduled across the course of the day. Most of them are run at roughly 40-minute intervals, although the race prior to the Melbourne Cup is run at 2pm to allow for the introduction of the 24 jockeys and horses who will compete for the Cup, and the next race after the Cup isn’t run until 4pm to ensure plenty of time for celebrations, congratulations (and champagne) after the iconic main event.

Melbourne Cup day is the premier event of the Spring Racing Carnival, which also includes the Victoria Derby on the Saturday before the Melbourne Cup (where it’s traditional for spectators to wear black and white), the Crown Oaks Day the Thursday after (ladies day) and the Emirates Stakes (family day) on the last day of the festival.

The Melbourne Cup is a day full of fun and frivolities. Don your fascinator, dress up in your spring finest, enjoy food and drinks with friends and colleagues, and celebrate this world-famous event on Australia’s sporting calendar.

From hot finger food to grazing platters to alcoholic and non-alcoholic beverages, let us help you be the winner on the day at your own Melbourne Cup celebration. Contact our friendly team to find out how.

Scheduling made easy and
stress-free. Available up
until 3pm daily.

Everyday, we source and
cook the finest market
fresh produce.

For us, it's all in the detail.
We take care of all of the finer
points, so you don't have to.

Flavour and texture that consistently
impresses, whether it's for 5 or
5,000+.